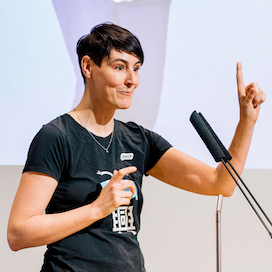 Having grown Unruly from an idea charting the popularity of viral videos to a global online video advertising company sold to Rupert Murdoch’s News Corp for over £100m, Sarah has been perfectly positioned to see the rise of the UK tech sector. She also considers the power of online brand and marketing, what companies often misunderstand about the medium, as well as the future of the digital world.

Sarah Wood is the co-founder and CEO of digital video content company Unruly. She and her co-founders have grown the business from three to over 300 staff, with offices around the world, and are now part of the giant News Corp empire.

Working in academia, lecturing in American studies, Sarah and some friends decided, with little more that an intention rather than an idea, to start their own online business. Initially a chart tracking the popularity of viral videos globally, it soon became clear that their insight into what turned a video into a phenomenon was something businesses wanted. By understanding the key elements and common themes Unruly were able to advise, and eventually create, popular, shared content that also promoted a brand. Unruly went on to become an international business working with over 90% of Ad Age’s Top 100 Brands and with a combined audience for its videos of over 1.4bn viewers.

Having attracted attention from corporate suitors from the early days, Unruly eventually sold after ten years to Rupert Murdoch’s News Corp for over £100m. It was a condition of the sale that they maintain their independence, informal spirit and creative freedom.

Unruly has thrived on the power of content to tell a story, convey emotion, and further a relationship between a brand and its audience. Sarah argues that barriers such as ad blocking apps are little different to the psychological ad blocking everyone engages in. The secret is to make content that whilst commercial in message is engaging, appropriate and relevant to the audience. She also makes the case for advertising as a means of funding for good quality content in a digital world where all levels of quality are freely (sometimes too freely) available.

Sarah also considers the lessons from her own entrepreneurial story, as well as the creative culture that Unruly shares with many tech startups. She looks at the future of technology and the companies behind it, and the huge opportunities, as well as the reasons for concern in areas like AI, voice and the commercialisation of personal data. She also addresses issues around women in business and in technology (including how women are portrayed within technology, from games to AI ‘assistants’ like Siri.)

As well as being CEO, Sarah also lectures at Cambridge on online video culture. Amongst various awards, Sarah has been named Veuve Clicquot’s Business Woman of the Year, City AM’s Entrepreneur of the Year, and the Europas Awards’ Best CEO. She’s a regular voice on broadcast media commenting on the tech sector and business, and is the author of Stepping Up:How to accelerate your leadership potential, a practical guide for the next generation of leaders that face radically different business cultures and ideas of work. 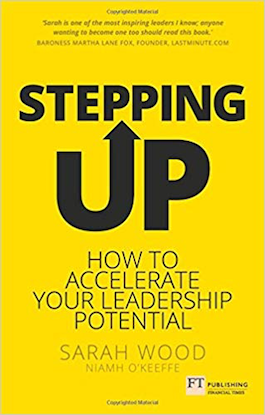