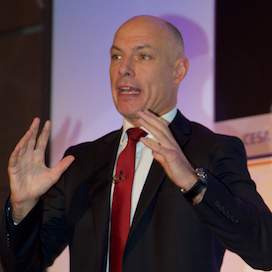 Rated as one of the best referees in the world, Howard Webb has officiated at the highest levels of football becoming the first referee to oversee both the finals of the UEFA Champions’ League and FIFA World Cup in the same year. He speaks about the pressures of dealing with the scrutiny and split-second decision-making involved in the modern game, as well as the motivation, teamwork and communication skills required to reach the top.

Rated as one of the best referees in the world, Howard Webb has officiated at the highest levels of football. He has taken change of some of the most important matches in the domestic game, and was the first referee to oversee both the finals of the UEFA Champions’ League and FIFA World Cup in the same year.

The son of a referee, Howard started refereeing in the local town and county leagues. Combining his refereeing with his full-time job as a policeman (where authority and unpopular decisions are also part of the job), he moved up the divisions, eventually making it to the Premier League. Just two years later he was appointed as a FIFA official and within a year, he had officiated at his first international competition (European Under-21 Championship) and in the Champions’ League. There followed appointments at every level of club and international fixture before he became a regular Champions’ League and World Cup face, achieving the referee’s dream double in 2013.

Having officiated at every level of the game, and dealt with all types of player and expert on the way, Howard offers his personal view on managing pressure, peak performance, making and communicating decisions, and working in a team. With a fascinating and often entertaining insight into the workings of the game, which is accessible to anyone, he considers the lessons from big matches, big decisions, and big personalities.

From commanding respect, so that even if a decision is called into question, it’s accepted, to the tremendous focus required to concentrate on multiple aspects of a game and blocking out the crowd, the hype, and events off the pitch, Howard has a host of lessons applicable to the business world. He speaks about the team of match officials and the mutual reliance, support, and understanding required for them to perform under pressure. He recounts occasions when decisions are called into question by players, managers, and even by himself. How he dealt with attempts to sway and influence him, how the one bad decision is the thing people remember, and how dealing with Wayne Rooney is different to dealing with Luis Suárez.

Praised by players, pundits and managers for his authority (although it’s impossible to please everyone) Howard looks at the importance of making and sticking to a decision, the psychology behind it and communicating it, and when to defer to others. As well as a look behind the scenes of the world’s biggest sport, he may also offer his thoughts on discipline in the game, the use of technology in officiating, and his response to people who accuse him of favouritism.

Since hanging up his whistle, Howard’s served as Technical Director of the Professional Game Match Officials, advised the Saudi Arabian FA, and offers his refereeing insight to BT Sport. 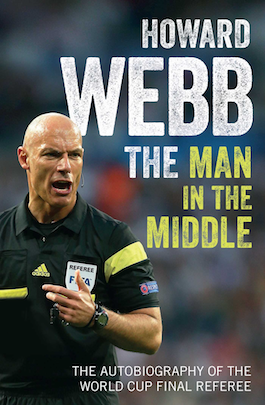