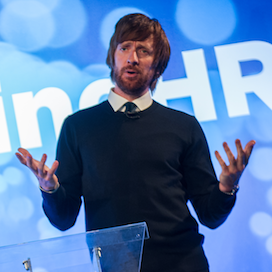 Bradley is a phenomenal track and road racer and one of the most successful all-rounder cyclists of all time having held World, Olympic and Tour de France titles simultaneously. He’s also won medals at five consecutive Olympics. Out of the saddle Bradley is seen as an unconventional, outspoken and down-to-earth character - listing his enthusiasms as ‘alcohol, guitars, and boxing memorabilia.’

Bradley Wiggins is Britain’s most successful all-round cyclist as the nation’s first ever Tour de France winner and winner of more Olympic cycling medals than any other Brit. He’s won medals at five consecutive Olympics, and is the only rider to hold World and Olympic titles in road and track disciplines as well as winning the Tour.

In addition to his extraordinary Tour win during which, supported by his Sky team-mates Mark Cavendish and Chris Froome, he led for almost the entire race, Bradley has won eight Olympic medals (including five golds). He also held the prestigious ‘hour record’ - the furthest distance cycled in 60 minutes at just under 55km and was also named BBC Sports Personality of the Year.

Days after succeeding in the world’s toughest cycling road race, Bradley went straight into training for the London Olympics road events. One of the stars of the Games, Bradley officially opened the 2012 Olympics by ringing the ceremonial bell at the opening ceremony. A day later he was back in the saddle supporting his team-mate Mark Cavendish in the road race. Bradley then cruised to a win in the individual road time trial, supported by thousands of fans sporting fake sideburns in his honour. He claimed the gold and provided one of the great images of the Games as he posed, medal in hand, sat in a throne outside Hampton Court Palace. Four years later at the Rio Games, he added to his impressive medal collection, taking gold again, this time in the velodrome in the men’s team pursuit event.

Along the way, Bradley has won European and World titles on the road, track, and in time trials and has founded his own cycling team, WIGGINS. Out of the saddle, he is seen as an unconventional, outspoken and down-to-earth sportsman with his affection for mod style and music and listing his enthusiasms as ‘alcohol, guitars, and boxing memorabilia.’ He’s played guitar with Paul Weller, has a collection of classic scooters, has collaborated with Fred Perry on a range of clothes, has published four books and guest-edited Radio 4’s Today programme. He has won over cycling enthusiasts and lay-people alike with his sporting behaviour, openness and determination, and is now preparing himself for another Olympic challenge, this time on water.

Bradley considers the lessons from his extraordinary career. He looks at what it took to consistently win for over 20 years touching on how he learned and adapted, became a leader, dealt with setbacks and coped when things didn’t go to plan.

Bradley Wiggins on how to win