Before the ITV role Robert served as BBC Economics and FT Political and Banking Editor. The author of How Do We Fix This Mess? and WTF? combines coverage of economics and politics both on air and on social media where he maintains a huge following. After reporting on everything from China’s debt to the high street's reaction to online competition, Robert moved to ITV to take on a broad remit.

Away from the cameras Robert has also won plaudits for his online journalism, and he is the author of critically acclaimed books including How Do We Fix This Mess? and Who Runs Britain?. Both examine the causes and long-term implications of the 2008 financial crisis. Whilst WTF?, described by the Financial Times as “mandatory reading”, takes a broader look at the world, what’s gone wrong, and proposes possible solutions across politics, society and business.

Robert has written and presented a number of documentaries and factual series, notably four films about China's boom and possible bust, two on the EU referendum, three films on the financial crisis, and the popular series Robert Peston Goes Shopping. Away from journalism Robert is also the founder of the education charity Speakers for Schools, and the Vice President of Hospice UK.

After switching from a business to a political brief just as the two have become closely intertwined, Robert is very well placed to consider what might happen next. He has inside knowledge of the pressure points, personalities and potential consequences in both camps – but he’s quick to admit the danger of making predictions. He guides you through the soap opera with gusto and a surprising amount of humour. JLA Agent Anthony Assadourian 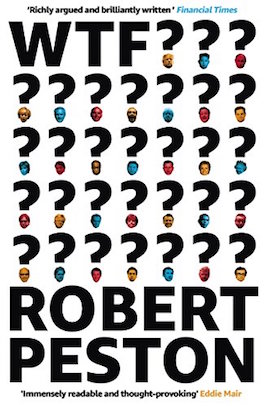 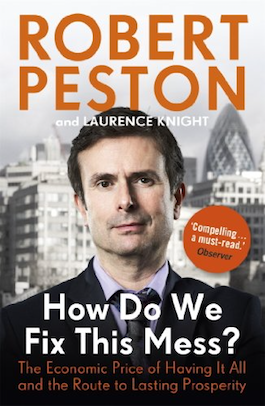 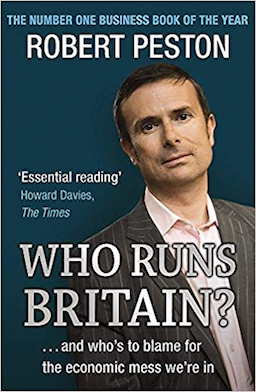