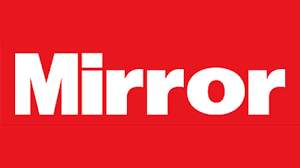 Boris Johnson to ‘charge £30,000’ for after-dinner speeches just a month after announcing divorce
Posted on October 13, 2018

The former foreign secretary has joined an exclusive agency for celebrity speakers.

Boris Johnson will reportedly charge up to £30,000 per-speech after signing up to an exclusive celebrity agency, just over a month after announcing his divorce.

The former foreign secretary has offered his services to JLA – an agency that provides famous after-dinner speakers for corporate events.

Last month Johnson announced he’d be splitting from his wife of twenty-five years, Marina Wheeler, after rumours of infidelity.

In a joint statement, they said they would ‘continue to support our four children in the years ahead’.

Now, a speaker for JLA, Johnson will share the esteemed company of famous names such as Buzz Aldrin and Richard Branson, as well as fellow politicians John Prescott and David Miliband.

Described in his JLA profile as ‘one of the most captivating political speakers of his generation’, Johnson is expected to charge a £30,000 fee every appearance, in which he’d be required to make a 15 minute speech.

Boris Johnson set to give £30,000 after-dinner speeches to raise funds ahead of divorce
Posted on October 13, 2018

BORIS Johnson has signed to up give after-dinner speeches at £30,000-a-time as he looks to raise cash for his divorce.

The former foreign secretary recently announced plans for what could be a costly divorce from his wife of 25 years, Marina Wheeler.

The Daily Mail reports Mr Johnson has joined JLA, an agency which manages celebrity speakers on he after-dinner circuit.

The company’s website states Mr Johnson ‘is regarded as one of the most captivating political speakers of his generation, with a famously entertaining style of delivery’.

Boris Johnson signs up to give after-dinner speeches for £30,000 a time as he raises funds for his divorce
Posted on October 12, 2018

Boris Johnson has signed up to give £30,000-a-time speeches on the after-dinner circuit as he seeks to raise cash to fund his divorce.

The former foreign secretary has joined JLA, an agency which supplies celebrity speakers for business dinners and corporate events.

It comes just weeks after Mr Johnson announced plans for a potentially costly divorce from Marina Wheeler, with whom he has four children.

Mr Johnson was banned from holding second jobs while in the Cabinet and is known to have complained privately about having to manage on his £141,405 salary, telling friends it was not enough to cover his ‘extensive family responsibilities’.

In 2009, he also described his £250,000-a-year fee for writing a weekly column for The Daily Telegraph as ‘chicken feed’. When he resigned from the Cabinet in July, Mr Johnson’s salary was cut to £77,379. But, with divorce proceedings imminent, he has moved swiftly to boost his income.

In August, he resumed his weekly column on an annual fee of £275,000. He has also resumed work on a biography of Shakespeare, which was put on hold when he joined the Government in July 2016.

Now he has signed up with the prestigious JLA agency, whose books include celebrities such as John McEnroe and Nigella Lawson, as well as politicians William Hague and John Prescott.

JLA’s website states that Mr Johnson ‘is regarded as one of the most captivating political speakers of his generation, with a famously entertaining style of delivery’. A source said he could expect to command a fee of about £30,000 a time for hosting corporate events at which he would be expected to make a 15-minute speech.

Mr Johnson and his wife announced last month that they were divorcing after 25 years. In a joint statement, they said they would ‘continue to support our four children in the years ahead’.

The former London mayor has since been linked romantically to the Conservative Party’s former communications chief Carrie Symonds, although neither has commented on their relationship.

His latest move risks a fresh clash with the parliamentary watchdog that polices the revolving door between politics and business. The advisory committee on business appointments has not yet given formal approval for Mr Johnson to take up the role.

All ministers are supposed to consult the committee before taking up any paid role within two years of leaving office.

Mr Johnson was rebuked by the committee for ‘failing to comply with [his] duty’ when he resumed his Telegraph column just days after resigning without seeking approval. Mr Johnson said he had not been aware of the rules.

But the committee’s chairman Baroness Browning later said the restrictions were enshrined in the ministerial code, which all ministers are required to sign.