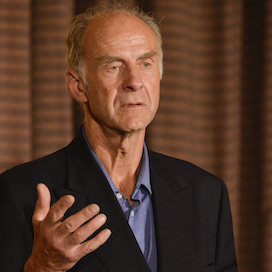 Ran was the first man to reach both poles by surface travel, and the first to cross Antarctica unsupported. He’s also the oldest Briton to climb Everest, has run seven marathons on seven continents in seven days, as well an ultramarathon in the Sahara. He undertook the first expedition to attempt to cross the Antarctic continent on foot during the southern winter, at temperatures of minus 90C; but sadly frostbite forced his withdrawal. Despite the setback, Ran believes that “If you are lucky enough to be able to walk without a crutch, you might as well go for it.”

Often described as the ‘World’s Greatest Living Explorer,’ Ran Fiennes is the first person to reach both North and South Poles by foot. He also made it into the record books by completing seven marathons on seven continents (including Antarctica) in seven days – soon after receiving emergency heart surgery. Only then did he take up climbing, starting with the North Face of the Eiger. At the age of 65, at his third attempt, Ran became the oldest Briton to conquer Everest.

Amongst an incredible catalogue of adventures and extreme tests, Ran has recently undertaken The Coldest Journey, an attempt to cross Antarctica on foot during the southern winter where the temperature falls to minus 90°C. He was forced to withdraw when he suffered severe frostbite, but still claims that “if you are lucky enough to be able to walk around without a crutch, you might as well go for it.” It didn’t stop him from undertaking the hottest journey, the Marathon des Sables, a 159 mile run over six days in temperatures over 50C through the Saraha.

Ran inspires and entertains conference and after dinner audiences throughout the world. Presentations draw a connection between nature’s most dangerous and difficult challenges, and the day-to-day hurdles we all face. Teamwork, determination, patience, discipline and creative thinking are all critical in expeditions; we may not risk our own lives, but the parallels are clear even in less hazardous occupations.

As well as the execution, Ran explains the challenge of preparing and raising £40 million in sponsorship, finding the right volunteers and planning complex journeys beset by political, personal, geographical, financial and physical obstacles. To him, building a team with the right balance of character and attitude is paramount. Persistence, tolerance, fitness, agility and the ability to perform under extreme pressure are all factors in Ran’s remarkable endeavours as they are in any competitive environment.

As well as the personal challenge, there is another dimension to the expeditions. A huge amount of scientific research has been carried out by Ran’s teams, and charities such as Marie Curie and the Multiple Sclerosis Society have benefited to the tune of many millions. “Ran was fantastic. He gave us a completely different perspective.”

Fiennes is a living legend. Behind the stiff upper lip and glorious wit is one of the most inspiring leaders you could ever encounter. He shows how his close-knit teams stay ahead of the competition by evaluating the terrain, challenging the status quo and embracing technology. The business analogy is obvious – the effect Ran has on audiences (of any nationality) is a joy to behold. JLA Agent Lizzie Carr 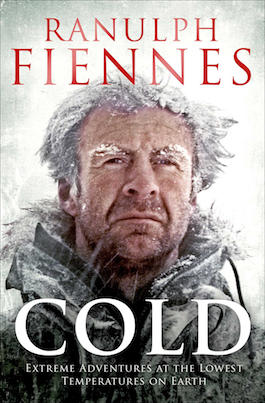 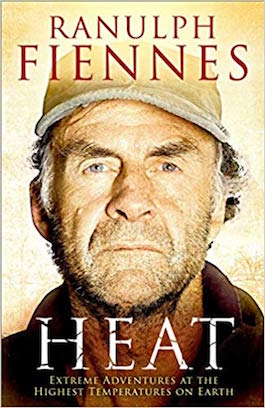 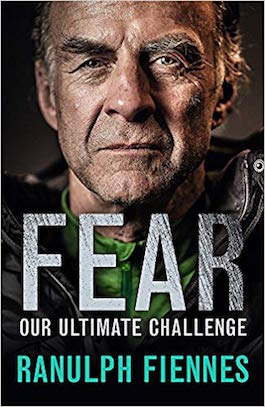 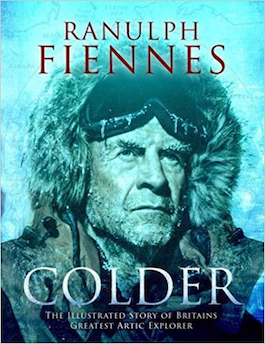