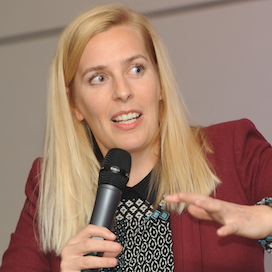 Actor, writer and standup, Sara’s appeared in The Thick Of It, Live At The Apollo, QI, and Radio 4 institutions The News Quiz and Just A Minute. She’s fronted her own series on Dave and Radio 4, played trends analyst Coco in Olympic sitcom Twenty Twelve and the BBC spoof W1A, and written and starred in her own BBC2 sitcom, Out Of Her Mind.

Sara Pascoe is an Edinburgh Comedy Award nominated comedian, writer and actor. Her work on stage, screen and page combines the personal, political and observational. She's written and performed in her own radio series and BBC sitcom, is a bestselling author, and is a regular on panel and standup shows.

In her routines, Sara takes a wry, almost deadpan look at the more inexplicable aspects of life, love and people. She questions why people wear T-shirts bearing the likenesses of more attractive people, and whether debt can be solved by installing card payment machines that are more like disapproving parents (”you’ve already got a coat. Make sure those shoes are black, so you can wear them for school as well.”)

As a standup Sara has performed on Live at the Apollo and Stand Up for the Week, and hosted Dave's answer to TED, Comedians Giving Lectures. She’s also appeared on Taskmaster, QI, Have I Got News For You, 8 Out Of 10 Cats, and Mock the Week, and Radio 4’s The News Quiz and Just A Minute.

As an actor Sara played Coco Lomax, Senior Trend Analyst at Siobhan Sharpe’s Perfect Curve agency in the hit Olympic sitcom Twenty Twelve, and its sequel W1A. She has also appeared in The Thick of It, The Increasingly Poor Decisions of Todd Margaret, Campus, and Being Human. Sara also starred in her own BBC2 sitcom, Out Of Her Mind, as well as the Channel 4 sketch show Girl Friday. She has written for The Guardian and Independent, and is the author of the non-fiction books Animal: How a Woman is Made and Sex Power Money.

“She delivered a great performance which really made the evening.” 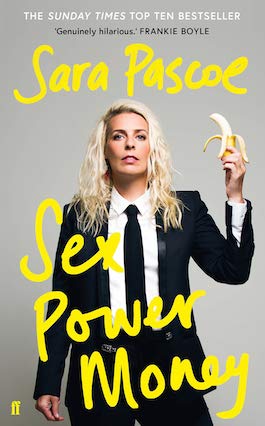 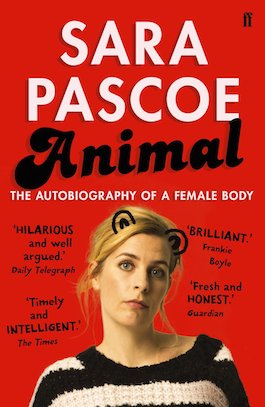