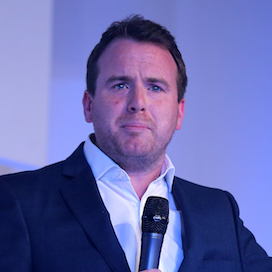 Matt specialises in ‘pro-politics’ comedy. The former Labour Party special advisor turns his love and knowledge of all things political into entertainment, interviewing leading figures and colourful characters from Westminster and beyond whilst dropping in impressions from Blair to Trump in his live show and podtcast, The Political Party. He also indulges his other great passion as co-host of Absolute Radio’s Rock ‘n’ Roll Football show.

A former political advisor and now a commentator, writer, comedian and radio and TV host, Matt Forde is passionate about politics. He's hosted Dave’s irreverent look at the week’s events, Unspun with Matt Forde, as well as his own podcast The Political Party, and indulges his other passion as co-host of the weekly Rock ‘n’ Roll Football on Absolute Radio.

After combining work for the Labour Party with working with the likes of Russell Howard and Jon Richardson, as well as writing for shows like 8 Out of 10 Cats and Stand Up for the Week, Matt left politics and took to the stage. His Edinburgh show, Eyes to the Right, Nose to the Left inspired Matt Forde’s Political Party, a sell-out series of topical standup and interviews with the great and the good (and some in-between) of Westminster.

Matt has become a regular at the Edinburgh Fringe and on the comedy circuit nationwide. He took his show Brexit, Pursued by a Bear to the Fringe, whilst his original show has evolved in to a successful monthly podcast, The Political Party, recorded live in Westminster. Guests have included names from across the political spectrum from Tony Blair to Jacob Rees-Mogg, Alastair Campbell to David Davis, and Nigel Farage to John Bercow.

Away from his own shows, Matt has appeared on Have I Got News for You? and Question Time, Mock the Week and The One Show. He is also a regular guest on Radio 4’s The News Quiz and The Now Show, and has even cropped up in a cameo in Black Mirror, and as President Trump in Al Murray’s Make Christmas Great Again.

Recreating the House of Commons onstage might not sound like everybody’s cup of tea, but Matt pulls it off. Part football obsessive, part PMQs geek, he’s just as much at home dishing out topical stand-up as interviewing George Galloway – and his Ed Miliband impression is uncanny. JLA Agent Barbara de Lacy