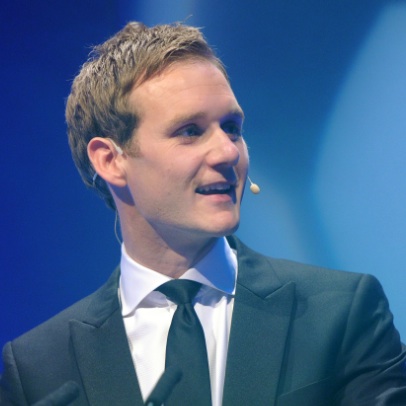 As well as co-hosting Breakfast and previewing the weekend’s football, fronting BBC golf coverage and presenting from the Olympics, Dan has been a 5Live presenter, Mastermind and Pointless contestant and Crawley Town fan. He’s also known for his success in extracting information from Alex Ferguson.

Dan Walker is the host of Channel 5 news and regularly presents Match of the Day. For many years he was a BBC sports presenter and anchor of BBC Breakfast and hosted BBC One’s award winning Football Focus.

Having turned down the opportunity to play youth team football, Dan studied journalism and worked on Sheffield student radio. He then moved to the local commercial station Hallam FM before spending four years at Manchester’s Key 103 as a presenter and commentator. Dan stayed in the city to work for Granada TV covering league football for ITV and then on to the BBC as the sports presenter on North West Tonight.

While working for the BBC Dan has gone on to cover Wimbledon, The Grand National, Royal Ascot, The Derby, and the 6 Nations. He has continued to work on domestic, European and international football (including every major tournament since 2006), has co-hosted the broadcaster’s Open golf coverage for the last decade, and has been an integral part of the BBC's Olympic coverage team.

Dan has also presents a football show on BBC World and, away from sport, he has hosted Songs of Praise, The One Show and Chase the Case. He has also appeared on shows like Countdown, Pointless Celebrities, Celebrity Mastermind and A Question of Sport. Dan also presented BBC’s acclaimed documentary A Royal Team Talk: Tackling Mental Health, where several A-list footballers and Prince William discuss men’s mental health and the pressures of spotlight. He is also the author of Dan Walker's Thronkersaurus: Football’s Finest Tales, and Magic, Mud & Maradona, and he also has a regular column in Golf Monthly.

“He did an amazing job - we all really enjoyed working with him.”