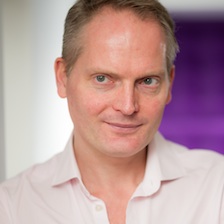 Will Page Add to Favourites

To book Will Page please contact your JLA Agent.

Will Page is the former Chief Economist at Spotify and author of Tarzan Economics. Drawing on what the music industry learned about disruption, he shares his lessons on how to tackle change and reinvent in the digital age. He assesses the new dynamics of competition, looks at how attention scarcity is affecting business, and provides practical tools to help any organisation succeed in this new modern world.

Will Page is the former Chief Economist at Spotify where he took an economics outlook to the value of music copyright, as well as customer behaviour. Will’s approach has had a significant influence on how the global music industry operates. As the first major industry to be digitally disrupted, the music industry has 20-years of lessons to share with organisations and individuals experiencing their own fundamental shifts -  especially in an era where Covid-19 accelerated many of the disruptions that were already appearing.

Prior to working with the music streaming giant Will was the Chief Economist at PRS for Music, the UK’s music royalties collection agency. Whilst there he published work on the ‘long tail’ (the length and nature of activity well after a product’s peak or early success) and Radiohead's In Rainbows, the album the band released on a ‘pay what you want’ basis. Since, he has worked with organisations and individuals from the HM Treasury and British Navy to Billie Eilish and Fleetwood Mac to help them learn how to use data science to their advantage.

In his book Tarzan Economics: Eight Principles In Pivoting Through Disruption, Will considers the most important factors any organisation or individual needs to consider in order to successfully and strategically thrive through change. With a passion for sharing the insights of economics with all audiences, he looks at how businesses and people can understand when to stop holding on to ‘old vines’ and how to best grasp a ‘new vine’ and move forward with renewed momentum. His principles cover why we should collaborate rather than compete and the value of consumption data over transactional data. He also explores how lowering attention spans are changing the way artists write songs, and how data can be used not only to give a better service but to create a sense of community. As well as music, he looks to lessons from sources as diverse as Groucho Marx, Starbucks and Tuppeware.

Will’s career has seen him work as a journalist, a documentary maker, a DJ and a government advisor. He played a major role in the campaign to save BBC 6Music, and advised industry and policy leaders on music piracy and the recovery of the live music sector after Covid-19. Regularly featured in publications from Billboard magazine to The Economist and the Financial Times, he is also a Visiting Fellow of the London School of Economics, and a Fellow of the Royal Society of Arts. 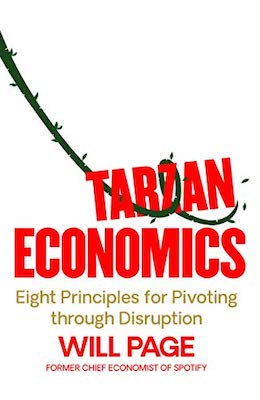