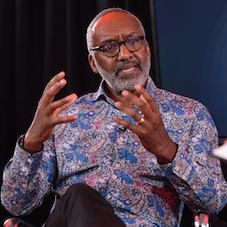 After spending three decades in the police force and seeing the structural inequalities within the system, Leroy has become a leading voice on improving working environments for BAME officers and enhancing the quality of service to non-white communities. He is one of the founders of the Black Police Association and author of Closing Ranks, a memoir and call to action to increase initiatives and support for vulnerable and underprivileged youths. More widely he examines themes of change, personal and team resilience, and leadership.

Leroy Logan is a former superintendent in the Metropolitan police and author of Closing Ranks: My Life as a Cop. A distinguished officer and advocate for building a more equal criminal justice system and society, Leroy is a founding member and former chair of the Black Police Association.

Leroy’s book Closing Ranks recounts his 30 years in policing – the racism he encountered and the day-to-day reality of being a Met officer. He discusses issues of race and ethnicity in modern Britain; the cases that required perseverance and determination, including the Stephen Lawrence murder inquiry; and working towards building a better system and culture within the police force. Part of the book was used by director Steve McQueen in his acclaimed series of films about the black British experience, Small Axe, in which Leroy was portrayed on screen by John Boyega.

With three decades of experience working in the Met, Leroy has become a highly respected voice on building relationships between police and community, creating a fairer justice system and how to mentor and engage young people to reduce knife crime. As one of the officers who gave evidence for the Macpherson report, Leroy has also become a leading voice on policing in black communities. He discusses the need for structural change to manage the deficit in soft skills and regulate the consequences of digitalising the force. He also looks at ethical leadership, the importance of creating the necessary space to challenge a system, and how to avoid blocks in middle management.

Since his retirement, Leroy has built a reputation as a commentator on policing and the justice system, appearing on Channel 4 News, Good Morning Britain, LBC and BBC Radio 5. Leroy gained an honorary PhD from the University of East London for his work on youth empowerment initiatives and has been an advisory board member for multiple charities working with underprivileged and underrepresented youths, from gang-related violence to supporting their educational needs. He has continued to advise and lead companies in the security sector.

Author, Why I'm No Longer Talking to White People About Race

Former Police Officer, Author of Blue: A Memoir – Keeping the Peace and Falling to Pieces 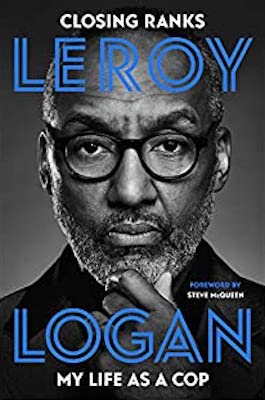