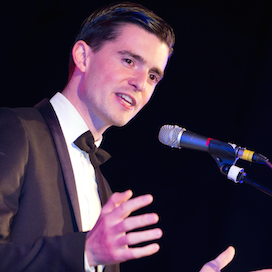 Using his grandmother’s jam recipes, Fraser set up his business at 14, hit the shelves at Waitrose at 18 and now supplies 2,000 supermarkets from Russia to Australia. He’s continuing to expand, and is also the co-founder of the world’s largest craft ale delivery business, Beer52. In speeches Fraser extols social enterprise and telling your own story, explains his approach to product development and innovation, and shows how to turn ordinary into extraordinary.

Fraser Doherty is a young entrepreneur, the founder of SuperJam and co-founder of Beer52. He started at the age of 14 selling home-made jam to neighbours and at farmers’ markets, and now supplies over a million pots each year to 2,000 supermarkets across the world - from Russia to Australia and from Wal-Mart to Waitrose.

Conscious of declining sales of traditional jams, in part thanks to a high sugar content, Fraser developed a ground-breaking sugar-free, all-fruit recipe. After leaving school he set up production in the family kitchen, making up to 1,000 pots each week. As demand grew (and his parents protested), he negotiated a factory deal and created his own brand.

At 18 Fraser sold his first products to Waitrose, becoming the youngest-ever supplier to a major supermarket. On the day of the launch 1,500 jars were sold - more jam than they usually sold in a month. SuperJam is now exhibited alongside Irn Bru and Tunnock’s in the National Museum of Scotland. Fraser has also written The SuperJam Cookbook, sharing jam recipes and secrets, SuperBusiness, a beginner’s guide to the ups and downs of starting your own business, and 48 Hour Start-up, a guide to starting a business in a weekend. Whilst his next project, Beer52, has become the world’s largest craft beer subscription business, with over 200,000 customers, that also produces the UK’s biggest craft beer magazine, Ferment.

In presentations Fraser extols the value of social enterprise and corporate social responsibility, and offers his take on innovation, product development and branding. He also imparts his own business lessons, applicable to companies of any size, from how to stand out in an increasingly noisy market, generating ideas, the value of telling your own story, and the importance of design, belief, and authenticity.

Originally crowned Global Student Entrepreneur of the Year (the first winner from outside the US), Fraser has since picked up more than a 20 business awards. Inspired by the grandmother who jam recipe he used, he’s also established SuperJam Tea Parties - a community project for lonely elderly people and an example of a company giving back to society.

“Truly inspiring! What a story”

With his big smile and positive energy, Fraser radiates charm. You can’t help smiling back when he talks about selling jam door to door, and laughing out loud at the thought that his Grandma has no idea of the intellectual property value of her recipes. SuperJam seems to embody Fraser’s own character: authentic, unpretentious and with no added preservatives! JLA Agent Ruby Porter 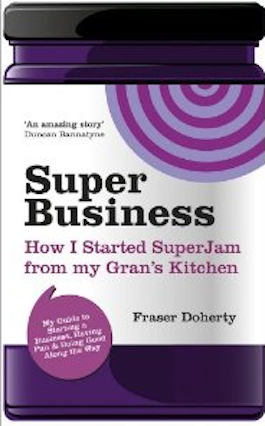 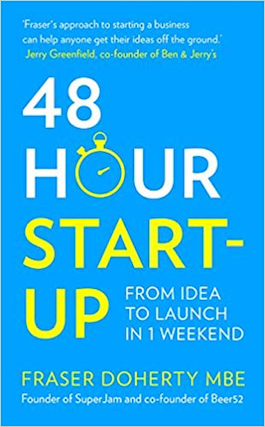