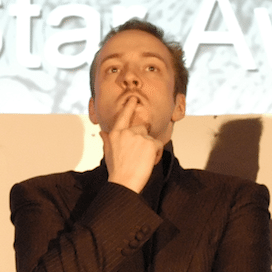 From predicting lottery numbers to playing Russian Roulette on live television to revealing the tricks and manipulations of hoaxers, fraudsters and charlatans, Derren has combined the spectacular, the bewildering and the insightful. He reveals that how we think, and how we think we think aren't always the same. Alongside acclaimed TV and stage shows, Derren is the author of Happy: Why More or Less Everything is Absolutely Fine and A Little Happier: Notes for Reassurance, practical and personal examinations of what happiness is, what is almost certainly isn't, and how to view our goals and lives in a more positive way.

Derren Brown is a psychological illusionist who can predict, suggest and even control human behaviour. Known for his series and one-off specials on Channel 4 and Netflix, as well as his blockbuster stage shows, Derren is also a writer and artist. His work understanding the human mind on stage and screen has also informed his ideas around happiness and wellbeing.

Starting his TV career with shows such as Mind Control and Trick or Treat for Channel 4, Derren has combined spectacular illusions with insights into how we see the world and those around us, or expect to see them. Rather than guard the mystery behind his illusions and manipulations, he lays bare the techniques. He is a talented and highly skilled performer and communicator demonstrating simply and amazingly just how the human mind works.

For The Heist he persuaded three middle managers to commit what they believed was an armed robbery. In The System he demonstrated how statistics and confidence matter more than luck in gambling, and in The Séance he de-bunked myths about the paranormal. He's also played Russian Roulette live on TV, predicted the lottery numbers, hypnotised a man into the attempted assassination of Stephen Fry, and convinced someone they were living through a zombie apocolypse. Alongside the entertaining, Derren also frequently dispells myths, challenges hoaxes and reveals charlatans by demonstrating how our thoughts can be manipulated by those with often questionable motives.

An award-winning stage performer, Derren designs his effects around the personality and patterns of his audience. He quickly assesses participants and chooses his psychological stunts accordingly. With consummate skill and humour, he demonstrates how we can be convinced we are making a free or random choice, whilst all the time behaving in entirely predictable and manageable ways.

In addition to performances and TV appearances around the world, Derren has also written a number of books. Alongside studies of magic, memory and mindreading, he is the author of Happy: Why More or Less Everything is Absolutely Fine, in which he examines how concepts of happiness have changed over time, how we define happiness and success, and how to be happier. He followed that up with A Little Happier: Notes for Reassurance, a sometimes personal look at how we can challenge ourselves to be happier, to consider what we can and cannot control, and set goals that are fulfiling and valuable. In both of these books, Darren takes his lessons in human behaviour and perception and combines them with a look at ideas from Classical philosophy and ideas of what is a good life, how to face adversity, and both the value and nature of anxiety and difficulty.

‘Derren has to be seen to be believed.’

When you’re lucky enough to stumble on a free date between filming and touring, Derren’s an absolute pleasure to work with. Production is blissfully simple in any space, and he really understands corporate audiences. You end up with a fast-paced, hugely entertaining show which will baffle everyone! JLA Agent Barbara de Lacy 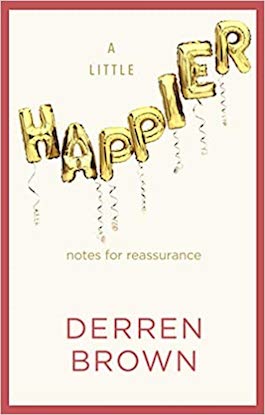 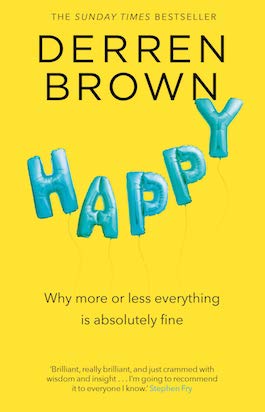