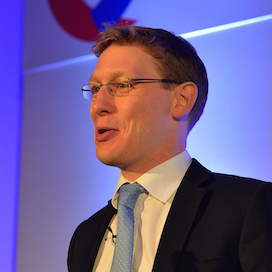 Charles assesses a range of macroeconomic and global indicators and the effects they might have on business strategy. He has provided quarterly briefings for businesses and policy makers, and oversaw a global research programme that provides both coincident and forward-looking reports on the Middle East, China and South East Asia. Charles sees challenges ahead if the City is to maintain its place as the global centre.

Charles Davis is a leading economist, an Associate Director at EY, and a former Director at the CEBR (Centre for Economics and Business Research), one of the UK’s most respected and authoritative economic think-tanks and forecasters. Formerly the Centre’s Managing Economist, Charles led their global research programme delivering macroeconomic analysis and research projects. At EY, one of the so-called ‘big four’ professional services and auditing companies, Charles now leads analysis in the Strategic Market Intelligence team within the Global Markets Knowledge division.

During Charles's time at the CEBR, first as an economist and then leading their quarterly global economic research programme, the Centre gained a reputation for thorough, accurate forecasts and assessments for all types of businesses from all industry sectors. Charles also headed their consumer and housing sector briefings, reports on Asian and Chinese markets, and areas including public finances, consumer and business confidence, the Eurozone, and the global economy. Within specific industry sectors, he and his team advised the Association of Train Operating Companies (ATOC), which covers all the main train operating companies and government departments, as well as aerospace, infrastructure, security and defence companies. They also provided analysis for a host of retail, consumer, and commercial property businesses including Mercedes, Sainsbury’s and Royal Mail, and covered UK-EU trade issues.

Charles previously served as an economist in the UK Government Economics Service. As well as his client work, he regularly offers his commentary and analysis for the FT, New York Times, Telegraph, Guardian, BBC Radio 4, Bloomberg, and BBC World.