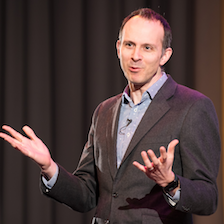 The presenter of the BBC Radio’s More or Less and Fifty Things That Made The Modern Economy, FT columnist, Oxford Fellow, data detective and million-selling business author is a compelling storyteller on economics, management, psychology and the unexpected bits in between. He’s scrutinised politicians’ use of statistics, highlighted the necessity of failure, examined what innovation is, questioned big data and examined how to vaccinate the world.

Tim Harford is a world-renowned behavioural economist, an award-winning Financial Times columnist, data detective and a BBC broadcaster. Described as ‘Britain’s Malcolm Gladwell’ (and as 'a genius at telling stories that illuminate our world' by Gladwell himself) and by the New Statesman as ‘perhaps the best popular economics writer in the world’, Tim brings storytelling, humour and intelligence to the world of data and statistics.

Tim’s Radio 4 show More or Less looks at the truth behind dubious statistics and manipulated figures. In the midst of the Covid-19 pandemic Tim also hosted How To Vaccinate The World, examining the challenges and hopes that accompanied tackling the disease with guests including Bill Gates, Larry Brilliant and Anthony Fauci. Tim’s podcast Cautionary Tales examines the science behind and the lessons from disasters and successes. He also hosts the BBC's radio series and podcast Fifty Things That Made The Modern Economy, as well as writing the accompanying books.

Whilst he’s a ‘serious’ economist with a career spanning Oxford, Shell and the World Bank, Tim’s FT columns dwell on the economics of daily life and offer tongue-in-cheek solutions to readers’ problems. His first book The Undercover Economist, which has sold almost two million copies, built on these themes and was likened to Freakonomics in its explanation of everything from coffee shops to organised crime to development aid. He's since gone on to be one of the foremost writers on economics.

With a knack for finding fascinating explanations for everyday numbers, Tim’s other titles include: The Logic of Life which applies economic theory to the world to explain how rational (or otherwise) our decisions are; Adapt: Why Success Always Starts With Failure shows how challenges of all types need to be tackled by learning to improvise and allowing for failure; Messy: How to Be Creative and Resilient in a Tidy-Minded World considers why tidiness, organisation and predictability aren’t always the best environments to foster innovation and achievement; and How to Make the World Add Up: Ten Rules for Thinking Differently About Numbers which equips readers with the tools to understand and question the numbers that dominate headlines, and sometimes seem too easily to confirm our own biases.

A regular TED speaker, Tim also looks at why it’s so hard yet so important to learn from mistakes, how to deal with uncertainty, how forecasting works and what to do when it doesn’t, and why the wrong sort of innovation can be a distraction. Taking in everything from the military to game shows, aviation to ballet, global catastrophes to finding the right socks he questions received wisdom, common sense and statistical certainty. Tim’s accessible, easy style provides entertaining, thought-provoking insights relevant to every person and organisation.

Tim is a member of Nuffield College, Oxford and is the only journalist to be an honorary fellow of the Royal Statistical Society. He's a two-time winner of the Bastiat Prize for economic journalism, and amongst other awards has been named Science and Data Commentator of the Year and Economics Commentator of the Year, and has won the Society for Business Economists writing prize and the Royal Statistical Society prize for journalism.

Author, How To Have a Good Day

“Everybody loved your talk”

The Undercover Economist was the first book I read when I joined JLA – since then I’ve never failed to be impressed by Tim. He makes you look at everything differently. Hearing his new speech on Big Data was a revelation: you realise the challenge is not to get the biggest data set, but the right data! He has a knack for making the seemingly impenetrable blissfully clear. JLA Agent Jethro Fox 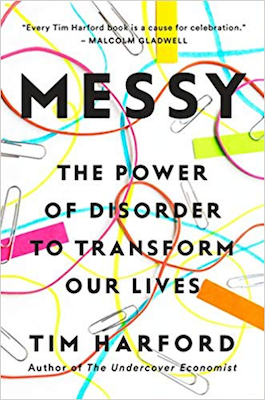 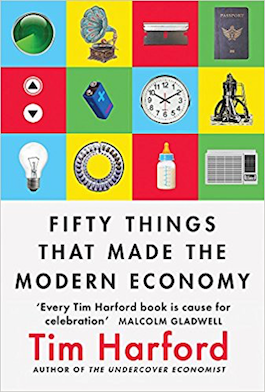 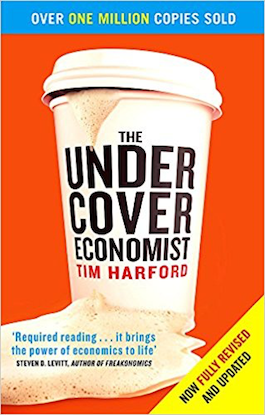