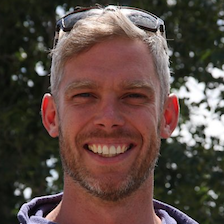 With examinations in the best and worst of history, the brave and the bloody, Sam has shed new light on both what has made the world, and what might be to come. He has risked life and limb to recreate and uncover new stories, perspectives and insights from China to the Americas. He looks at the lessons history has to teach in leadership, innovation, and global trade, as well as personal reflections on teamwork, evidence, leadership and society.

Sam Willis is a historian, archaeologist, broadcaster and writer. With a focus on military, maritime and trade history his work in over a dozen books and various TV and radio series has covered China to the Americas, highwaymen to the Second World War.

After studying History and Archaeology, San went on to earn a PhD in Naval History and then an MA in Maritime Archaeology. After various contributions to history programmes he fronted BBC4’s Nelson's Caribbean Hell-Hole looking at the excavation of a burial site near a British naval dockyard in Antigua. He also presented Shipwrecks: Britain's Sunken History, Castles: Britain's Fortified History, and Britain’s Outlaws: Highwaymen, Pirates & Rogues. For Operation Grand Canyon he was part of a nine-person crew that journeyed down the Colorado River and the Grand Canyon, recreating John Wesley Powell's epic 1869 voyage.

Amongst other programmes have been The Silk Road, again for the BBC, which followed Sam’s journey from Xi'an to Venice, and for National Geographic, Maritime Silk Road Reborn. In both series he examined how trade came to underpin global development socially, economically and politically, and the effects on Chinese history and influence.

Sam has travelled so some of the most inaccessible parts of the world in search of archaeological sites and to uncover stories that reveal new perspectives on history and how we view the contemporary world. He’s risked life and limb in search of insights and evidence, and been part of world-class teams aiming to explain, explore and produce spectacular images and stories. He looks at what his work has to say about leadership, creativity and teamwork, both through his personal experiences as well as the historical lessons and parallels. His exploration on the Silk Road series also provide an understanding of modern China, its global ambitions, and why history is the key to understanding possibly the only country to plan ahead in decades rather than months and years.

Amongst Sam’s many books on military history are Fighting at Sea in the Eighteenth Century: The Art of Sailing Warfare, the Hearts of Oak Trilogy and the Fighting Ships series. He was awarded the Society for Nautical Research's Anderson Medal for his biography of the naval battle The Glorious First of June, the final instalment of his Hearts of Oak Trilogy. He also hosts his own podcast, a personal look at his journeys and studies, and co-hosts the Histories of the Unexpected podcast which looks at new, thematic ways of looking at history rather than the tradition, linear, chronological perspective.