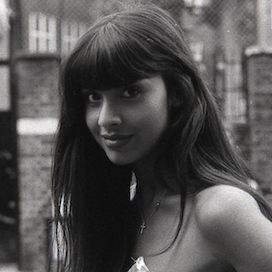 Starting out presenting music and youth programmes on Channel 4 and Radio 1, Jameela has gone on to work as a model, photographer and scout in the fashion industry, as well as launching her own line of clothing. Now best known for her role in the hit Netflix series The Good Place, she also hosts the US game show The Misery Index, and is a judge on the reality contest show Legendary. She is also an active and high-profile campaigner on issues of gender, diversity and body image.

Jameela Jamil is an actor, presenter, model and campaigner, who has gone from linking programmes and interviewing celebrities on T4 to a leading Hollywood actor and equality campaigner. In her varied career Jameela has presented on radio and TV, worked as a photographer, style columnist and fashion scout, launched a clothing collection, and campaigned on body image and disability issues.

Starting out hosting music and youth programmes on Channel 4 and Radio 1, as well as onilne, Jameela moved towards the fashion industry, as both model, muse and advisor. Relocating to the US and moving into writing and acting, she is now best known for her role as Tahani Al-Jamil in the NBC / Netflix fantasy-comedy The Good Place. She also hosts the comedy game show The Misery Index, and is one of the judges on the talent contest Legendary.

Jameela is the founder of the I Weigh movement, originally an Instagram account, and now spanning podcasts, petitions and events focused around body image. She also started Why Not People? a company specialising in live events that are accessible to people with disabilities. She has also successfully lobbied Instagram to restrict celebrity-promoted fad diets, and is an active campaigner highlighting the potential damage of products like appetite suppressants. She's also an active voice, especially on social media, against gender and LGBT+ discrimination, sexualised imagery in fashion and the media, and on climate change. Frequently cited as an agent for change she was selected as one of 15 women to appear on the front cover of the September 2019 issue of Vogue which was guest-edited by the Duchess of Sussex.