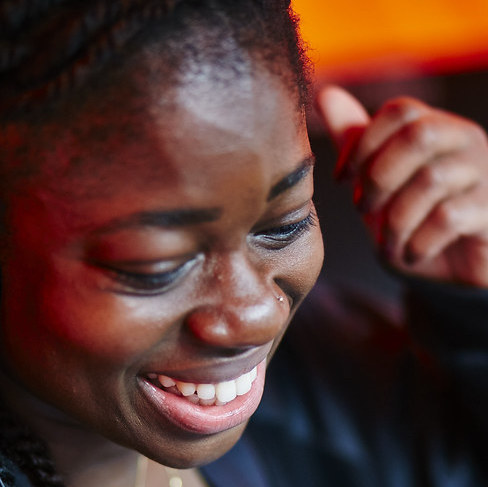 Alongside her weekday morning show on Radio 1, Clara has hosted coverage of the Brits and the Baftas, taken a critical look at the fame industry, interviewed stars of stage and screen, and competed on Strictly, as well as celebrity editions of Pointless and Masterchef.

Clara Amfo is a TV and radio presenter best known for her Radio 1 daytime show where she brings energy and knowledge to a mix of music, interviews, chat and live performances.

Starting her broadcasting career at Kiss FM, Clara soon moved to host the 1Xtra breakfast show, appearing on MTV in addtion to the slot. On Radio 1, she hosted the Official Chart Show before moving to weekdays and the mid-morning show, including the acclaimed Live Lounge.

On TV, Clara has hosted coverage of the Brit Awards, the MOBOs, and the Baftas, as well as being a part of the BBC’s Glastonbury presenting team. Along the way she’s interviewed stars from Nicki Minaj to Spike Lee, Drake and Britney Spears. Her 1Xtra documentary Deeper than Skin was widely praised for it’s look at the sensitive subject of skin bleaching, whilst she also look a critical look at the fame industry for Newnight’s culture-focused spin-off, Artsnight.

As well as competing in Strictly Come Dancing, Clara has appeared on Would I Lie to You?, Celebrity Juice, Pointless Celebrities and Celebrity Masterchef, and has reported for The One Show.