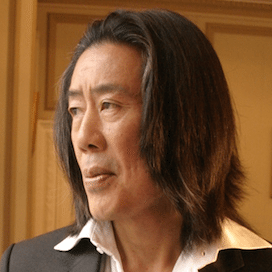 A leading authority on international politics and relations, particulary involving China, Africa and the West, Stephen advises governments, businesses and NGOs around the world. He's advised the Foreign Office, and worked with the State Council of the Chinese Prime Minister. He served as a member of the Africa-China-US Trilateral Dialogue to establish trading rules and is widely credited with greatly contributing to the understanding of international politics in general, and African politics in particular.

Stephen Chan is the Professor of World Politics at SOAS University of London, where he was also Foundation Dean. He is one of the UK’s most respected academics on international politics and relations, particularly on China and Asia, Africa and the Middle East. A frequent adviser to the UK Foreign Office, Stephen has also worked with and advised governments and diplomatic missions across the world, including the State Council of the Chinese Prime Minister.

A long-time UK citizen, a New Zealander born of Chinese refugee parents, who spent many years living in Africa, Professor Chan has first-hand knowledge of the culture and politics, the rivalries and allegiances across Asia, Africa and the political West. He is widely credited with contributing to the understanding of international politics in general, and African politics in particular. He was heavily involved in the transition of many African nations to independence and democracy, including advising and training government ministries in Zambia, Zimbabwe, Lesotho and Kenya. Furthermore he was involved in the establishment of government departments in Eritrea and Ethiopia.

After periods as a civil servant and a newspaper editor in Africa and the UK, Stephen began his academic career as a lecturer in International Relations at the University of Zambia, before returning to New Zealand and then back to Britain. He has served as Professor of International Relations and as Dean of Law and Social Sciences at the internationally respected School of Oriental and African Studies (SOAS). Amongst his many diplomatic endeavours, Professor Chan also served as a member of the Africa-China-US Trilateral Dialogue, an effort to establish a common set of principles to help govern the emerging trade disputes involving the three.

The author of over 30 academic books, five volumes of poetry, and three novels, as well as hundreds of articles and reviews, Stephen is widely regarded as a leading authority on China and Africa, who is as comfortable exploring the history and literature of these two new powers, as he is talking about the influence of video games and martial arts. His book The End of Certainty: Towards a New Internationalism takes a literary look at how divisions in the world need to be seen from a philosophical and cultural perspective as well as a political one. Whilst The Morality of China in Africa looks at this very modern economic and political relationship and dismisses some popular assumptions about China’s motives and methods.

“Stephen was terrific. We would highly recommend him.” 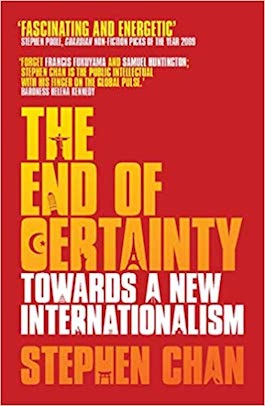 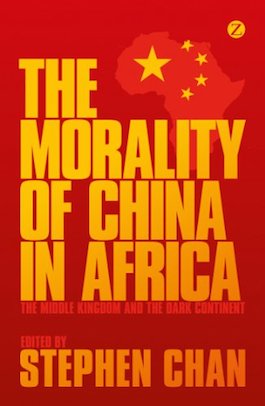