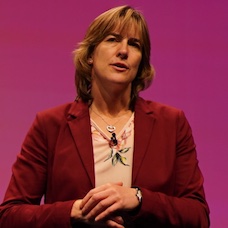 One of Britain’s most successful Olympians, after collecting three Olympic silvers Katherine finally took gold alongside Anna Watkins at the London Games. She returned to her boat in time for the Rio Olympics and once again won silver. She has published her autobiography, Dreams Do Come True, gained a PhD (in homicide) and now supports the next generation of sportspeople as Chair of UK Sport. In her speeches Katherine reveals the little things she did differently to improve, how the ability to identify and exploit opportunity pays off in high level competition, and how she moved from focusing on her own peak performance to helping up-and-coming athletes do the same. She also describes “the terror, fear, excitement and passion” of competition.

Katherine Grainger is one of an elite group of athletes to have won medals at five consecutive Olympic games. A silver medalist at three consecutive Olympics, she finally took gold at London 2012 providing one of the most thrilling moments of the Games. Having considered leaving the sport, she was tempted back for one last shot at a medal at the Rio Games, where she once again took silver.

Alongside rowing, Katherine combined her sport with studying law, taking a Masters in Medical Law and a PhD in Homicide, the latter of which coincided with London 2012. In presentations, she talks about the challenge of combining academic and sporting careers. She recalls “the mixture of terror, fear, excitement, passion and emotion” at the beginning of a race - and describes the impact the Olympics has had on her life.

Having narrowly missed out three times, winning gold at the home Games was particularly special, but also came with extra pressure. After finally winning, Katherine reflected on her next move, but eventually returned to the water ready for the Rio Olympics where she again won silver.

Katherine was chosen as one of the five athlete ambassadors for Team GB, responsible for promoting the message and legacy of the London Games. She serves as the Chair of UK Sport, a role that has seen her take her first-hand, hard-earned expertise in performance and planning and share it with the next generation of Olympians. Alongside her Olympic titles she has six World Championship titles in various rowing categories. One of Britain’s most successful women Olympians, her determination to succeed at the highest level and facing up to the disappointments is inspiring and instructive.

Katherine has appeared on multiple TV programmes including Superstars, along with guest appearances on A Question of Sport, and Countdown. She has also spent time co-presenting the Rowing World Cup coverage for the BBC, and as a pundit during the 2014 Commonwealth Games in Glasgow. 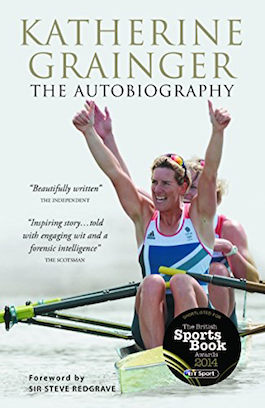