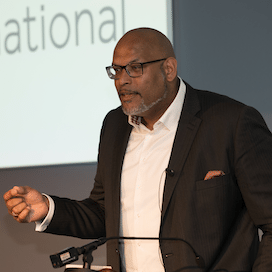 John was the first Brit to play at the top level of US basketball, once declining a $17m transfer fee to stay with the team that supported him. He’s now a respected cognitive psychologist, performance expert, activist and founder of a community sport initiative. John brings his research and his personal and sporting experiences to bear on management challenges such as improving resilience, reducing stress and turning managers into coaches. His personal and professional backgrounds have also seen him become a leading voice on issues around race and diversity, tackling challenges from institutional bias to role models and aspiration.

John Amaechi is a psychologist and performance expert. Prior to undertaking his PhD he enjoyed a successful career in the NBA, one of the first Brits to play professionally at the top level of the sport. After a seven-year contract with the most successful team in American sport, he was duly inducted into the US Basketball Hall of Fame.

John now helps individuals and organisations to improve communication, leadership and culture. In doing so he helps them uncover new methods of growth, improvement and achievement. His psychological insight helps individuals and teams understand the barriers to achievement and to overcome them. Transforming and inspiring, he draws together concepts of motivation, personal development and the roots of success and enables these traits to flourish. He also considers the nature of competition, the importance of diversity in group achievement, and aligning personal and business values and ethics. John’s experience is immense and his formula applies to anyone, in any walk of life, personally and professionally.

Whilst playing, John won widespread respect for his ability to overcome adversity, including life-threatening injury. He was described by one commentator as ‘a player with little innate physical talent, who rose to remarkable heights on the back of terrific will and a tremendous strategy.’ Despite never having picked up a basketball until the age of 17, John went on to a starting five position with the Cleveland Cavaliers in just six years. He puts this down to drive, planning and perseverance as much as physical skill. Characteristics he now seeks to instil in others using both academic research and his own inspiring personal story.

After retiring from professional basketball, John pursued a PhD in psychology, co-authoring a paper on self-esteem and goal setting, and becoming a leadership and performance expert. He has also founded the ABC Foundation, which seeks to increase physical activity amongst young people and encourage community cohesion.

John has also combined his personal, professional and academic experience with the wider social and political landscape to become a prominant voice on issues of race and diversity. He has spoken and written extensively about bias, role models, activism and structural racism and how to tackle some of the most critical problems faced by individuals and organisations.

“John has a great story. His talk stimulated lots of discussion and was clear and inspirational.” Deutsche Bank 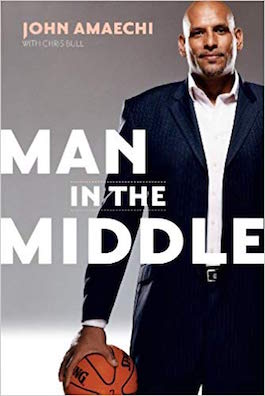