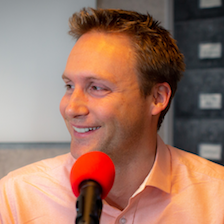 As well as being part of one of the most accurate and innovative polling companies in the country, Joe is on a mission to make statistics and polling engaging, entertaining and relevant. He provides political and commercial analysis, backed up by data, put into context by experts, and presented with humour and authority. He also looks at how survey results aren’t always to be trusted, the perils of relying on big data, and how a person’s sex life might influence their voting preference.

Joe Twyman was the Head of Political and Social Research (Europe, Middle East and Africa) at the polling company YouGov before starting his own polling organisation, Deltapoll. He is one of the country’s best-known pollsters, largely due to his ability to make statistics and polling both relevant and entertaining.

After a brief spell at Ipsos Mori Joe became one of the founding directors of YouGov. The company set out with the aim of moving polling away from the dry, statistically driven image the area had. By asking different questions, taking an innovative approach to data and polling, building more complete stories from the results and by using new technologies YouGov have established themselves as not just ground-breaking but also accurate.

Joe led YouGov’s pioneering online research before being sent to Iraq. Working alongside UN agencies, the Iraqi Electoral Commission and businesses, he and his team were charged with gaining an insight into the Iraqi people’s habits, what mattered to them, and their feelings about the post-conflict government.

After almost three years in Baghdad Joe returned to the UK in time for the decisive 2010 General Election which resulted in the first peacetime coalition government in the UK for over a century. The vote was just the start of period of political uncertainty and public unpredictability in the UK and further afield. YouGov however has established an enviable track record of predicting polls and opinion accurately.

With intriguing, surprising and sometimes amusing insights in to public opinion, Joe combines statistics with expert analysis of political, economic and social climates. From the serious business of the effects of government policy to the correlation between a voter’s sex life and their party affiliations, his exploration of data is always thought provoking and revealing.

As well as the politics of the UK, Europe, Middle East and Africa, Joe also looks at the business world and how companies and their competitors are performing. He also looks more widely at how data is used, evaluated, applied and interpreted. The danger of finding the results you want or reading the same results in various ways, and in a world where elections and referenda are won or lost by one or two percentage points, how the wording of a question changes everything.