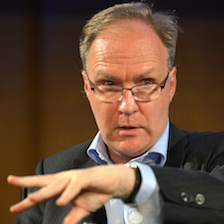 Permanent Representative to the European Union (2013-2017)

Dividing his career between the City, the Treasury and the European Commission, Sir Ivan served under three Prime Ministers and conducted G8 and G20 negotiations before becoming the UK’s de facto Ambassador to the EU. In presentations he looks at the implications of Brexit from a British and European perspective – including divergences within the 27 and the challenge of reaching agreements in each of 58 different sectors. He offers rare insight into the fault lines, the possible surprises and what really matters amid the noise.

Sir Ivan Rogers is the former UK Permanent Representative to the EU. As effectively Britain’s ambassador to Europe, he is one of the best-informed voices on UK/EU relations. In post before and after the EU referendum, he also has a unique perspective on Britain’s future negotiations.

Joining the civil service from university, Ivan worked at both the Department of Health and the Treasury before becoming Chancellor Ken Clarke’s Private Secretary. He then moved to Europe becoming Chief of Staff to the European Commissioner, Leon Brittan. He returned to the UK and the Treasury, this time with Gordon Brown as Chancellor, where he served as Director, European Strategy and Policy and later Director of Budget and Public Finances. He was then appointed Principal Private Secretary to the Prime Minister, Tony Blair. At G8 and G20 summits, Ivan worked as a key ‘sherpa’; representatives charged with carrying out the real negotiations before the world leaders meet to formalise agreements and announcements.

Following a career in government and the civil service, Ivan moved to the private sector working for Citibank as Head of the UK Public Sector Group, and then the equivalent role at Barclays. After six years in banking Ivan returned to government, this time to David Cameron’s administration. He served as the Prime Minister's Adviser for Europe and Global Issues and the Head of the European and Global Issues Secretariat. He then moved to Brussels as the UK’s Permanent Representative. In the run-up to the EU referendum he played a key role in attempts to agree a settlement that would help persuade the country to remain part of the Union.

Having failed to win a majority in the poll, Ivan expressed the view that the government was ill-prepared for what lay ahead. As one of the most experienced European representatives, he understands the reality behind the political posturing and media hyperbole. He points out that the European single market and customs union are the world’s biggest trade agreements, the product of hundreds of hours of negotiation and complex agreements. He illustrates the size of export markets such as Belgium, one of the UK’s top ten trading partners for over 100 years, compared to much smaller Commonwealth markets, and considers the impact of finding new partners.

With direct experience of both negotiation and co-operation with EU partners, Ivan highlights the vital importance of the Union and the preservation of the euro to those within it. He explains that in reality, Brexit is further down the agenda of many countries than the UK would like to believe, especially in the wake of domestic political upheavals and the migration crisis. He also considers how any Brexit is a ‘hard Brexit’, but that doesn’t mean it can’t be managed and stable. He looks at the media’s role in negotiations, the possible faultlines and divergences within the Union, and just how negotiating 58 separate agreements will pan out. Alongside frequent, influential public speeches and media appearances, Ivan is also the author of 9 Lessons in Brexit, an attempt to make sense of the why, how and what now of the Brexit drama. 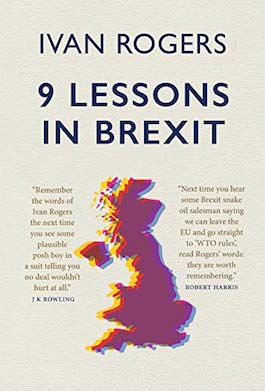