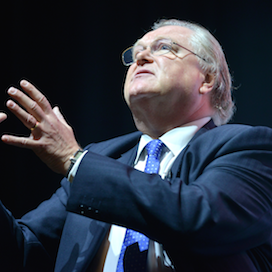 After heading the CBI, Digby entered government and circled the globe, lobbying on behalf of British business. He remains both an ardent supporter and insightful critic of business and business leaders, challenging them to better embrace change and innovation, to empower their people to take risks and explore new ideas, and to look globally for inspiration, competition and opportunities.

Digby Jones lobbied energetically on behalf of British business as Director General of the CBI and served in government as Minister of State for Trade and Investment. He serves in a number of non-exec and advisory roles in a wide range of businesses, and continues to advocate for innovation, embracing change, developing skills and better leadership.

Lord Jones started his business career in corporate law, working on management buy-outs and much of the mergers and acquisitions activity in the West Midlands. He moved to KPMG as Vice Chairman of Corporate Finance, acting as close advisor to a number of public companies and helping to develop global markets - ensuring consistency of service levels towards international clients.

After being appointed Chairman of the CBI's West Midlands Regional Council, Digby became the first serving regional Chairman to be appointed Director-General of the business group. He was noted as one of the CBI’s most successful and high-profile leaders. After his tenure he went on to advise companies including Barclays Capital, Aon, Ford, Deloitte and JCB, and act as a UK Skills Envoy to government.

Digby then spent a year in government in the newly created roles of Minister of State for Trade and Investment, charged with encouraging improvements in education and training to meet the demands of global competition. Digby accepted on the understanding that he remained resolutely non-party political and he joined the Lords as an independent crossbencher. He has since served as a non-Executive Director and Chairman of several companies, in sectors as diverse as quarry aggregates and independent radio and including Unipart and Babcock. He is the non-Executive Chair of Triumph Motorcyles and Thatcher's the cider company, as well as businesses in manufacturing and financial services. He is also a former Business Ambassador at UK Trade & Investment. As well as working with companies in a professional capacity, Digby took on the mantle of business legend Sir John Harvey-Jones as he helped medium-sized manufacturing businesses realise their potential, consider new markets, and prepare for the future in BBC 2’s The New Troubleshooter.

Digby Jones is a thought-provoking and entertaining speaker, whether delivering keynote presentations on competitiveness or addressing business audiences after dinner. He mixes hard fact with anecdotes, and passion with experience, taking a critical look at businesses and their leaders, asking challenging questions and reflecting on how to adapt and make the most of the rapidly changing world. He also explores businesses around the globe, considering who the new innovators and future competitors are, the activities of international economies, and what UK businesses can learn.

It’s difficult to avoid being spellbound when you listen to Digby. Trying to work out why, I came up with a list of what seem like oxymorons: a tone of friendly arrogance, a Brummie lilt which adds authority, hard nosed politics borne of true compassion, and a common sense that’s somehow revelatory. Perhaps it is these apparent contradictions that make him so compelling and give him an ability to change even the most steadfast of minds. JLA Agent Anthony Assadourian 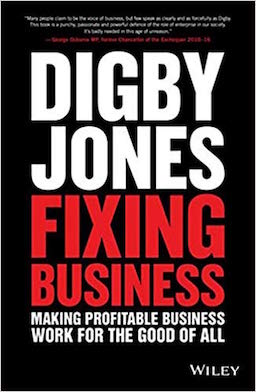 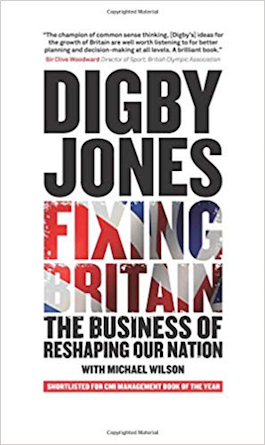