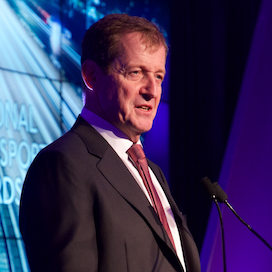 Alastair ran Labour’s communications for ten years, in and out of government. He now advises on both political and organisational strategy, as well as working extensively with charities and campaigning around mental health. He’s written a slew of books including Winners, drawing inspiration from high achievers in sport, business and politics. In presentations Alastair explains what to do when you come under pressure: “Challenge your basic assumptions, put yourselves in your opponent’s shoes, devise a tight plan from the centre... and then pursue it with aggression.”

For ten years Alastair Campbell was Tony Blair's right hand man as communications strategist and chief spokesman, often witnessing history in the making. Whilst he remains an influential voice and commentator on the political stage, he's now as well known as a writer and campaigner, particularly on mental health awareness.

In the years running up to Labour's 1997 landslide win, and throughout their time in power, Alastair led communications strategy and was also no stranger to controversy. He is one of four figures credited with creating the New Labour project, fighting numerous battles in their pursuit of modernisation, including with how the media portrayed the party. He was reviled by some parts of the media but still respected for his commitment, creativity, loyalty and work rate. After leaving frontline politics Alastair published his diaries (initially three volumes, but now standing at eight volumes) as well as other autobiographical books and novels, and has continued to write extensively on sport, politics, and increasingly on mental health from a personal, social and political perspective. He also co-hosts the podcast The Rest is Politics with Rory Stewart, the Conservative cabinet minister, where they tackle the latest developments in global politics and share their insights into the complex relationships within Parliament.

Since leaving politics Alastair has been candid about his personal experiences of depression, alcoholism and mental illness, frequently examining the links between work, stress and mental health. It's a subject he's tackled in numerous interviews, documentaries and podcasts, and in his books Living Better: How I Learned to Survive Depression and The Happy Depressive: In Pursuit of Personal and Political Happiness as well as in his novels.

Alastair works with many charities, as an advisor and often as a fund-raiser, including Leukaemia Research, Bloodwise, and a number of mental health charities including the Time to Change campaign and Alcohol Concern. He frequently contributes articles in the media including The Guardian, Telegraph and GQ, and co-hosts the podcast Football, Feminism and Everything in Between with his daughter Grace.

With humour and insight Alastair takes an insiders look at politics at home and abroad, as well as what it takes to be a successful leader (a subject he tackled in his book Winners: And How They Succeed). He also tackles reputation (his own and how others manage theirs), the media, mental health, and why people still ask him about The Thick of It so much.

“Alastair’s speech was hugely appreciated, as was his good humour with guests.”

I love how Alastair balances humour, gossip and serious messages. The story about the Deputy PM punching an egg-throwing voter is typical: Alastair gets a call from Prezza (in pantomime Yorkshire): "Hello… Errr… I've just thumped someone." After telling us what happened, he gives the audience a genuine insight into how to manage a potential PR disaster. It's a fantastic listen. JLA Agent Allan Grant 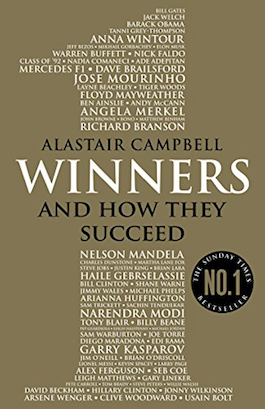 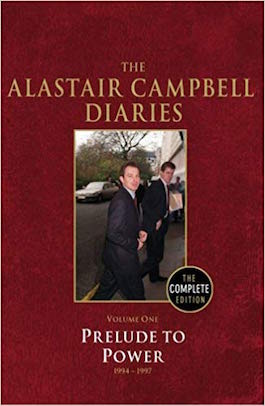