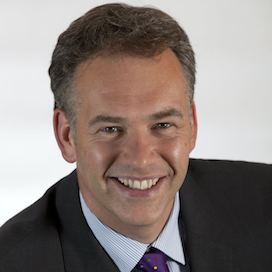 Many thanks to Roger for making our awards ceremony so successful - the best yet, and so much more professional this time. His performance added a great deal. Thanks for handling it with such aplomb.

Roger has hosted the Greater Manchester Sports Awards for the last three years. He brings so much to the event, including a professional and endearing manner, connecting with our audience, award winners and professional athletes on an emotional level. He ensures seamless transitions throughout the night, keeping the event to time and keeping those in the room fully engaged. I would not hesitate in recommending Roger for other events, an exceptional host!

Roger really helped make the evening special for all those attending. The President and I really appreciated all his support and the added extras he brought. These weren’t just on the night (particularly when giving different people a mention), but also on social media and in other ways in the lead up to the awards.

Roger was a fantastic host for our awards. I can't put into words how much it meant – he did such a good job. Roger had time for everyone and made the evening special for all the guests. He then spent ages after the ceremony had finished chatting to people and posing for selfies. We’ve already asked him back for next year!

These were the best awards we’ve ever held and Roger was vital to that. The Q&A he did with our special guests was absolutely brilliant. I don’t think we have ever had total silence when the guest speaker was on, but this year everyone was totally engaged in the conversation Roger held. It came across as being genuine from everyone on the stage and felt like a natural conversation.

Roger played an excellent role in hosting our two-day virtual Conference, making it a great success. His friendly and relaxed approach, coupled with genuine engagement in the discussions, set the perfect tone and encouraged delegates to share their knowledge and expertise throughout both days.