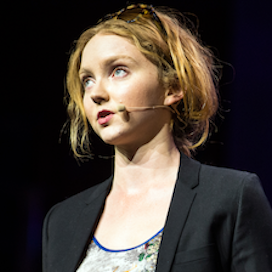 Well known as a model and an actress, Lily is also a passionate campaigner for environmental and sociopolitical issues. She has co-founded an innovation group that combines knowledge to engineer future focused, sustainable products and written Who Cares Wins to explore climate solutions. She also hosts a podcast of the same name, looking at trending issues and their interrelationship with the environment.

Lily Cole is a supermodel, actress and activist for sociopolitical and environmental issues. As well as being photographed by globally renowned artists and appearing in films such as The Imaginarium of Dr Parnassus, Lily employs technology, writing, filmmaking and public speaking as means to build awareness and encourage dialogue about current issues.

She began working as an actress when she was just six years old and returned to film as a teenager. She also pursued a modelling career at a young age - she was the youngest model to appear on the cover of British Vogue and was listed as one of the top 30 models of the 2000s. Since then she has made over fifteen films, has written and presented several documentaries, and has directed several short films.

Aside from modelling and acting, she is a passionate campaigner. She co-founded Impossible, a collective of designers, artists and engineers working together to address and solve social and environmental problems. Using Planet Centric Design the company bridges the gap between innovation, people and the planet. Lily is also a patron of the Environmental Justice Foundation, has worked with the World Land Trust and WWF and written for national and international press.

Lily’s book Who Cares Wins, is the result of years of research and interviews with global names working on environmental solutions. She looks at how our daily lives impact the planet and how we can respond to the climate emergency challenges we face. The book was also turned into a podcast in which Lily invites guests with different perspectives to explore critical issues - and their relationship to the environment - from technology, food, to mental health and capitalism.

She has spoken at Davos, Google's Zeitgeist, Wired and Web Summit, was an affiliate at the Berkman Center at Harvard University, and holds an Honorary Doctor of Letters from GCU.

Chief Executive, Forum for the Future 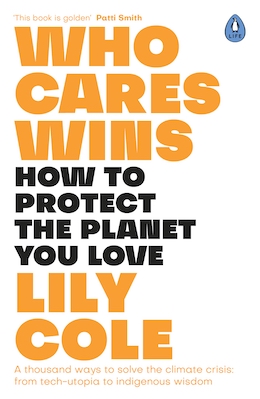