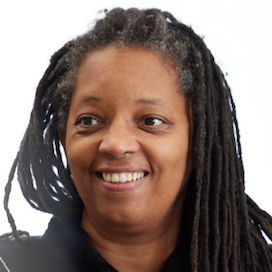 Before becoming the Master of Jesus College (the first black woman to hold the post at any Oxbridge college), Sonita co-founded the media production Somethin’ Else and sat on boards in both the private and public sector. Passionate about education and equality, she also founded The Yes Programme to help school pupils make insightful career decisions.

Sonita Alleyne is the Master of Jesus College, Cambridge, the first woman to hold the post and the first black master of any Oxbridge college. In her previous career she worked as a journalist and broadcaster, hosting and contributing to weekly shows for Greater London Radio, BBC Four and BBC Five, and set up her own media production company.

After attending Cambridge herself, reading philosophy, she followed her passion for music joining Jazz FM before setting up a production company, Somethin’ Else. It grew from a £500 start-up to one of the UK's major cross-media production houses and the BBC's biggest multi-platform supplier. Alongside heading up the company, Sonita has had an impressive and varied career, covering education, employment and the arts. She has sat on the board of an extensive list of organisations including the Department for Culture, Media and Sport, the National Employment Panel and the London Skills and Employment Board. She also served on the BBC Trust for nearly five years and was the Chair of the British Board of Film Classification.

Alongside her role in Cambridge, she is also the director and founder of the Yes Programme, a scheme to show school children how classroom skills translate to real-world careers. She is also a governor at the Museum of London and sits on the board of the London Legacy Development Corporation, where she chairs their Regeneration and Communities Committee.

She is passionate about inclusion and representation and believes that education is the answer to an equitable future.