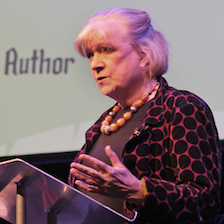 The Guardian columnist and former BBC Social Affairs Editor remains a strident commentator on political and societal matters. Although seen as the doyen of left-wing commentary, she is frequently critical of all parties. Her book The Lost Decade: 2010–2020 and What Lies Ahead for Britain traces the damaging effects of a decade of austerity and examines what the future holds after one of the most tumultuous of periods in modern British history characterised by national tragedies, Brexit and a growing lack of trust in leadership.

Polly Toynbee is a Guardian columnist and broadcaster and was formerly the BBC's Social Affairs Editor. She has won a National Press Award, has been the What The Papers Say and British Press Awards columnist of the year, and labelled the most influential columnist in the country.

After dropping out of her degree at Oxford, Polly worked in a factory and used this period, as well as time working ‘undercover’ as a nurse and an Army recruit, as the basis of her first book, A Working Life. She also started work at The Observer, before moving to The Guardian and then to the BBC as Social Affairs Editor.

Polly returned to her undercover research for her book Hard Work: Life in Low-Pay Britain over 30 years after A Working Life was published. For a year she took up the challenge of living in one of the most neglected council estates in Britain and taking whatever minimum-wage jobs were on offer at the job centre. In telesales and cake factories, as a hospital porter or a dinner-lady, she worked at a breakneck pace for cut-rate wages, alongside working mothers and struggling retirees. The experience has informed a great deal of her criticism of government, policy and business.

Renown for her often outspoken left-leaning, social democratic stance, Polly is loved and disliked in equal measures by Britain’s political and commentating classes. Seen by some as the epitome of left-wing, politically correct reactionism, Polly regularly inspires the opprobrium of right-leaning press and politicians, although her columns and broadcasting never shirk from criticising all of the major parties. She has written a large selection of books on subjects from social mobility to leadership to analyses of Labour and Tory governments and austerity.

“Fantastic, she far exceeded our objectives” 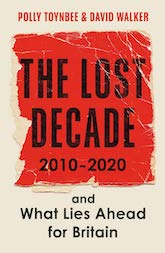 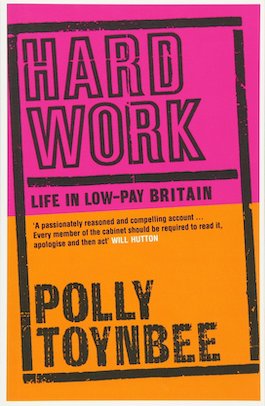