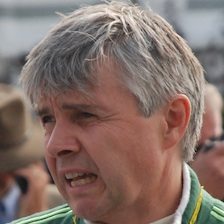 Paul has launched and led businesses in motorsport, food and bioscience, turning an Oxford spinout into a multi-national vaccine company. He also served as Defence, Business and Science & Innovation Minister in the Blair/Brown Governments, establishing the UK Space Agency and the Office for Life Sciences. Paul is now setting speed records for electric cars (219mph). In speeches he covers innovation policies and profits, leading edge engineering and green technology.

Paul Drayson is a technology entrepreneur, former government minister in defence and science, and latterly a racing driver and team boss. His varied career has seen him build and lead cutting edge businesses, answer questions in the house on Afghanistan and defence procurement, and drive in the famed Le Mans 24 hour race.

Drawn to engineering via his love of motorsport, Paul took his PhD in robotics, worked briefly at Longbridge car plant, before starting his first business, Lambourn Foods, based around novel snack manufacturing technology he developed. Having sold the business he sought out a new venture, settling on the emerging life science and bio-tech world. He co-founded (with his wife) PowderJect, a company focused on vaccines and immunisation. The company was floated after four years and Paul became Chairman and Chief Executive expanding the company worldwide until it was sold for over £500million.

Paul’s leading role in bio-tech saw him chair the BioIndustry Association, which brought him increasingly into contact with the political world. He was appointed to the Lords and then as Government Spokesman for Defence and Minister of State for Business and Regulatory Reform.

Never losing his passion for cars, Paul maintained a hobby racing through much of his life. He combined his technical know-how, love of risk, and search for innovation in driving a bio-ethanol Aston Martin to second place in the British GT championships. His desire to race internationally was halted by an FIA regulation which stated as someone that was blind in one eye, Paul couldn’t be granted a licence. He took a leave of absence from his government duties to go to the US and race. A successful season saw him overturn the FIA’s ruling (which they subsequently struck off completely) and Paul went on to come 12th in his class at Le Mans.

Returning to government, Paul was made Minister of State for Science and Innovation as well as being a member of the National Economic Committee and the Privy Council. He served in government until the 2010 election when he combined his loves of business and motorsport in a new venture.

Drayson Racing Technologies is a motorsport team and R&D business. As well as competing in the new Formula E electric sports car competition and holding four world records, the business aims to develop new, sustainable, high-performance technologies. Key to their work is wireless charging, a technology that can be used to charge everything from cars to phones to pacemakers.

Paul’s varied experience covers everything from founding and leading a business, developing an innovative culture, the meeting of science, commerce and politics, sustainable technologies and the various lessons from business, politics and racing.