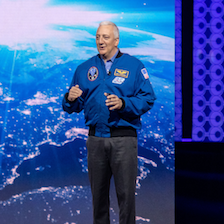 Mike's extraordinary life has taken in two Space Shuttle trips, becoming the first person to tweet from space, appearing as a regular on the hit sitcom The Big Bang Theory, and becoming a bestselling author, broadcaster and academic. All of it achieved with a rare combination of purpose, humour and sense of perspective. He shares his journey to becoming an astronaut, from being rejected by NASA three times to his first flight into space, and his insights on leadership, teamwork, perseverance and what it feels like to look down on Earth while on a spacewalk.

Former NASA astronaut Mike Massimino has led an extraordinary life, taking in two Space Shuttle trips, becoming the first person to tweet from space, appearing as a regular on the hit sitcom The Big Bang Theory, and becoming a bestselling author, broadcaster and academic. All of it achieved with a rare combination of purpose, humour and sense of perspective.

Engineer Mike combined working in industry with gaining his Masters degrees and his PhD at MIT, before pursuing his childhood dream of becoming an astronaut. Despite having worked with NASA, he was only accepted for the administration’s astronaut programme on his fourth application. After training, as well as serving at NASA Mission Control, he undertook the first of his two Space Shuttle missions to service the pioneering Hubble Space Telescope. Having been awarded the NASA Distinguished Service Medal and the American Astronautical Society’s Flight Achievement Award, Mike returned to academia to teach mechanical engineering and the Introduction to Human Space Flight course at Columbia University.

Determination, patience and innovative thinking are all critical in the high-pressure environment of space expeditions. Mike highlights that success lies in placing the mission and team above individual accomplishments (and failures). He considers the lessons in teamwork, risk and the importance of putting problems in perspective that his time in space has taught him. One of the last Space Shuttle astronauts, he also looks at the challenges the project and its astronauts faced in the aftermath of disaster, and under political and budgetary pressure. On a personal level, Mike was rejected by NASA three times, including once for failing an eyesight test, but whilst most candidates give up at the first or second application, he persevered and trained his eyes to ‘see better’ in order to pursue his dream. Drawing on this, and with self-depreciation and compelling insights, Mike also discusses disappointment and failure, and how to build resilience and persistence for the long-term pursuit of goals.

Mike is the author of the New York Times bestseller Spaceman: An Astronaut’s Unlikely Journey to Unlock the Secrets of the Universe, a look at the highs, lows, lessons and experiences from his 18-year career, and its follow-up for young readers Spaceman: The True Story of a Young Boy’s Journey to Becoming an Astronaut. He has had a recurring role as himself on the hit comedy The Big Bang Theory, is the host for the Science Channel series The Planets and Beyond, and was featured in National Geographic Channel's One Strange Rock. He is also a frequent guest and commentator across the US news media, including NBC’s Today Show and ABC’s Good Morning America, CNN, Fox News Channel, MSNBC, and CNBC, and has been called the real-life astronaut who inspired George Clooney’s role in the movie Gravity. 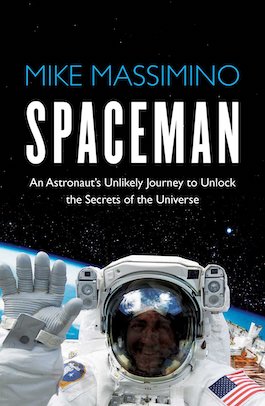 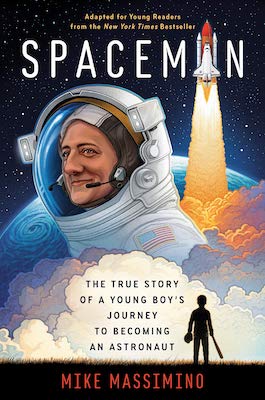