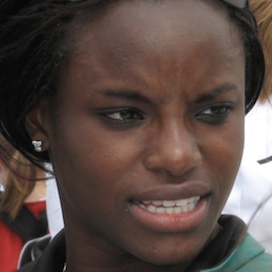 The former Juventus, England and Chelsea striker was a natural goalscorer and a leading talent in the women’s game. She won Super League and Serie A titles as well as FA Cups, and played over 100 internationals. She served as Aston Villa Women's sporting director. Off the pitch she’s a lawyer, having qualified in the US and worked the City. She's a regular pundit and commentator on both the men's and women's game, becoming the first woman pundit on Match of the Day. She hit the headlines with her stand against the discrimination, outdated behaviour and damaging culture within the England women’s coaching set up. As well as examining the lessons any organisation can learn from the failures within the FA, she also looks at the nature of a winning team and a winning mindset, and what good leadership looks like.

Eniola Aluko is one of the leading figures in women's football. During an impressive career on the pitch, she was a striker noted for her pace and finishing. A regular in the media, she also served as Aston Villa Women's sporting director before moving to the US and taking up the same role with LA's Angel City FC. She’s a double-FA Women’s Cup winner and three-time Premier/Super League champion, and was league top-scorer with Chelsea. Leaving London for Turin, she helped Juventus take the Serie A title in her first season with the club and went on to win the Coppa Italia and Supercoppa Italiana. She was also the team's top scorer in her last season for the club. Alongside a successful club career Eni was a key figure in the London 2012 TeamGB squad and the England team during a period where the women’s game rose significantly in profile.

Born in Nigeria, Eni and her family moved to the UK when she was still a baby. She started her football career at Leafield Athletic Ladies before moving to Birmingham City, where she scored on her debut. Soon after she played her first match for England at the age of 14. She sat her A Levels at the same time as playing in the UEFA Women’s Euro tournament. There followed a successful spell at Charlton Athletic where she won the Premier League Cup, FA Women’s Cup, and the Community Shield. After a brief time at Chelsea, she played for three clubs in the US before returning to England and Birmingham City. At international level she was a regular goal scorer in World Cup and Euro competitions and was capped 100 times.

Eni was dubbed by some as the Wayne Rooney of the women’s game for her natural ability, creativity and eye for goal. Unlike the former Manchester United and England captain, however, Eni is also a qualified lawyer. Having taken her bar exams in New York and in London, she also worked in the City specialising in entertainment law.

Despite Eni’s impressive achievements on the pitch, she has had an arguably higher profile and as great a role to play off it. She was instrumental in revealing ingrained and often officially denied racism and discrimination by senior figures within the England team coaching set up, and serious problems within the wider FA. Her refusal to be silenced and willingness to stand up against outdated, offensive behaviour revealed a culture of intimidation and wilful blindness.

Eni speaks about the nature of teams, and creating a culture that both supports, encourages high performance, but also holds to account. She considers the best and worst of leadership and looks at what it takes to instil a winning mindset. She also examines what went wrong in the England set up and the important lessons all organisations can learn.

In the media Eni has appeared on Match of the Day, making her the first woman to appear on the BBC institution as a pundit. She’s added her voice to ITV, Sky, BT Sport and BBC coverage of the women’s and men’s game. She wrote about her life on and off the pitch in her book They Don't Teach This, an inspiring and personal look at achievement, identity, resilience and teamwork. She has written regularly for The Guardian on both the men's and women's game, has been appointed a UN Women UK ambassador, and has also appeared on the quiz show Pointless Celebrities. 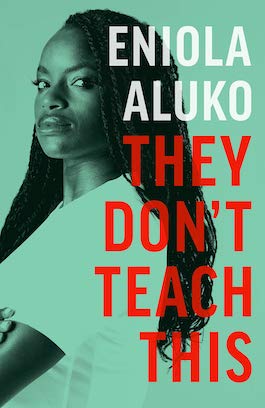