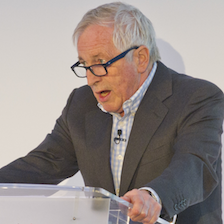 “Jonathan was one of the highlights and as you'd expect, a true professional.”

Jonathan was lovely to work with, very professional and polite. He was happy to rehearse and was on time. He also did the full 15mins before he started the awards. Jonathan’s stories were all based on the English government and politics. We had a number of people in the audience who were European and did not get the jokes or know who the people were. Also just before he started the awards he became very serious and talked for a few minutes about the current state of the British government, from the feedback I have received a lot of the guests felt like they were being lectured at and it put things on a bit of a low. The audience were all very respectable and listened throughout and he held everyone’s attention well during the awards. He was very clearly spoken, which a number of people commented on.

Jonathan was excellent, he held the attention of our guests and paced the evening brilliantly.

Excellent chairmanship with an impressive ability to navigate through the debate on specialist technical subjects and bring very best out of panellists.