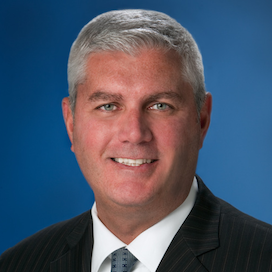 Mike Abrashoff (US) Add to Favourites

To book Mike Abrashoff (US) please contact your JLA Agent.

As a junior officer taking command of the ‘worst-performing ship in the Pacific Fleet’ Mike faced a daunting challenge and a test of his leadership. From his first day he looked at the ship from the crew’s point of view, empowering them, opening up lines of communication, and putting them at the core of the ship’s values. A year from him taking over the ship was rated as the best in the Navy. His lessons in culture, motivation and unity have spread beyond the military and into business, helping all organisations to be the best and prepare for the future.

Mike Abrashoff is a former US Navy Captain famed in the service for his taking charge of the ‘worst-performing ship in the Pacific Fleet’ and turning it into the best in the entire Navy, with exactly the same crew.

The most junior officer in the Pacific Fleet, Mike took charge of the USS Benfold, a dubious honour as it was roundly thought to be one of the worst vessels in the service. He faced a ship plagued by low morale, a high turnover of crew, and poor performance evaluations in every area. Within 12 months of his taking over the Benfold was rated the Navy’s top performing ship. Crew turnover was down to an unprecedented 1% , operating costs were cut by a quarter, and it was awarded the title of the most combat-ready ship in the fleet.

Mike recognised that as Captain, the performance of the ship was his responsibility, and he had to improve as a leader in order to improve its performance. His starting point was to understand what the problems were from the crew’s perspective. In doing so he opened up lines of communication throughout the ranks, removed spirit-sapping and ultimately questionable tasks, and put the crew’s individual, personal safety, both on board and on leave, at the heart of the ship’s priorities.

Despite being one of the best-equipped ships, the Benfold’s crew were not engaged. Mike instilled the ethos of “It’s your ship”, defining a culture of personal and collective responsibility. He communicated with the crew so frequently he became referred to a Megaphone Mike, so inescapable was his voice.

Cutting through the bureaucracy and hierarchy (both real and perceived) Mike gave responsibility to the crew members. Trusted and motivated, they stepped up, displaying grit, initiative, and previously unrealised talents. He turned a lacklustre, disparate group into a confident, enthusiastic, problem-solving unified crew. They understood their purpose on both small and large scales, displayed greater discipline and more effective collaboration.

Mike’s work became known throughout the Navy and beyond, but he is clear in saying that it was the crew that turned things around, not him – he just influenced the culture. It was the crew’s ship. It was the crew’s achievement. His Leadership Roadmap is a plan to replace command and control with collaboration and commitment, inspiring loyalty, belief and unity. He extols the importance of communicating, listening, and not relying on technology, reputation or past performance.

Mike draws parallels between his time on the Benfold and the challenges businesses of all sizes in all sectors face. No matter what position a team or organisation is in, they can change the course of their ship, regardless of the battles they may have to fight. With the right leadership they will be ready to face unpredictable, disruptive forces from outside.

Since leaving the Navy Mike has focused on helping business leaders with his own consultancy. His million-selling book It’s Your Ship outlines his experiences and lessons in taking responsibly, not finding excuses, and focusing on what you can influence. His follow-up titles It’s Our Ship and Get Your Ship Together looked at applying his lessons directly to business. Prior to his appointment on the Benfold Mike served as Military Assistant to Secretary of Defence William J. Perry, and helped draft the air defence plan for naval forces in the first Gulf War. He also served as an Executive Officer in the Persian Gulf. 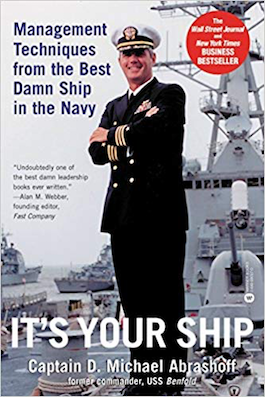 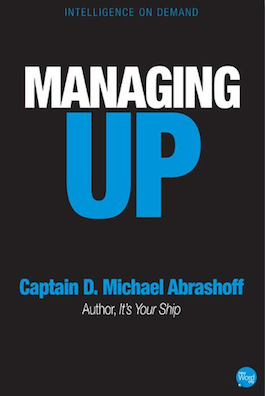