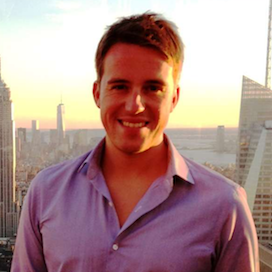 As well as examining the myths, strategies and practices of cybersecurity, Cameron also challenges companies to explore what data is openly available. Information on their business, clients and employees can be just as damaging as someone hacking into their private servers. He also covers a wide range of data and technology issues from how states and tech companies are using data to how to know what is the right or wrong information to use to make a decision.

Cameron Colquhoun was a senior analyst running cyber and terrorism operations at GCHQ for almost a decade, before establishing his own, innovative private intelligence company. He now looks at cybersecurity, but also the wide-ranging implications of a world where vast amounts of information are accessible to anyone, the benefits and threats that brings, as well as the difficulties in choosing the right strategy.

At GCHQ Cameron specialised in Middle East analysis. He worked with the Foreign and Cabinet Offices, briefing Ambassadors and ministers, as well as undertaking operational tours in the region. Whilst at the intelligence service he witnessed the rise of technology and the increasing use of social media and digital communications with non-state actors.

Upon leaving the service, Cameron established the first ethical corporate intelligence company. Unlike many in the sector that use various means to uncover information about competitors or acquisition targets, they focused on the analysis of open, available data and online intelligence. Many organisations don’t realise just how much data related to their business, clients and employees is openly available. By knowing where to look and by drawing together and analysing this data, a surprisingly comprehensive picture can be built up.

Cameron looks at the how openly available information on a company can be used to damage it as effectively as more illegitimate attacks. Just as companies employ hackers to challenge their security systems, so they need to similarly test what’s online more widely and how it could be portrayed. He asks organisations to look at security beyond the firewalls, passwords and best-practice, and also challenges them, in a world of overwhelming amounts of information, to consider how they make decisions.

As well as the commercial world Cameron also looks at the wider implications of how data, hacking and information is used, from state-sponsored attacks to media manipulation and corporate espionage. He considers the power and influence of the big technology companies and where the future of regulation and government involvement may (or should) lie. He examines the political outlook when governments are under pressure to safeguard digital communications that change rapidly, and are used by millions. He also looks at the Middle East and how social media has been used for good and ill, and Russia, and the truth behind the shadowy stories.

Cameron appeared as a lead examiner in the Channel 4 series Spies, in which members of the public underwent intelligence service training. He also contributes to BBC News, Jane’s Intelligence Review, WIRED, and Bloomberg as well as consulting on cybersecurity, geopolitics and data issues for the RAND Corporation, Lawrence Livermore National Laboratory, and the Defence Advanced Research Projects Agency (DARPA). Cameron was awarded the inaugural Fulbright Cyber Security Award, created by President Obama and David Cameron to increase US-UK cybersecurity co-operation.