Struggle to find a star turn for your end-of-year conference or Christmas bash this week? Spy may have found the culprit.

A world of aardvarks and minefields.
Posted on June 26, 2015

How do you bamboozle Tony Blair? Just ask William Hague. Yesterday, the former Secretary of State was in the City giving a speech at a breakfast arranged by motivational speaker organisation JLA. He let on his secrets on how he would confuse a seemingly unflappable Blair during PMQs when Tory leader (remember that 1997-2001). Blair, Hague said used to arrive in the Commons without notes but a few rounds of tough debate led to him changing his tack. “After about six weeks…he came out with these big folders that had the answers to every subject you could imagine in the alphabet; from aardvark to zoology, he could show you killed more aardvarks than he did when you were in office or you shut more zoo, and all subjects in between.”

Hague adapted accordingly, and also tried a clairvoyant approach called “the deep minefield.” ‘This takes a couple of years to work out,” he recalled. “You ask a question where nobody can work out why you’re asking it. And you may have your doubts. But you’re just sewing a minefield for the future…Then you sit back and think you know something nobody else knows – even though you don’t, of course, and you wait. Sometimes you wait for about a year and a half and a minister breaks the code of conduct and the bomb explodes. It was always Peter Mandelson in my time.” Oh Mandy. 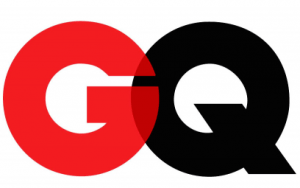 Public Speaking. Turn Your Monologues into Masterpieces.
Posted on April 1, 2015

The public speaking industry has rocketed over the past couple of decades. From Alan Sugar to Brian Blessed, everyone’s after some after-dinner action. The industry certainly seems to be wide open to ex-politicians with the gift of the gab. “It absolutely is,” says Jeremy Lee of JLA (Jeremy Lee Associates), the UK’s largest speaker agency. “And we encourage them. I expect to hear from at least a third of the outgoing cabinet each time there’s an election.” There are 9,000 speakers on Lee’s books, which cater for more than 2,000 events every year. More and more people it appears are willing to pay a lot of money to have celebrities appear at their events and get behind the mic for 20 minutes. Flavours of the month – Felix Baumgartner and Usain Bolt, for instance will cost you more than £25,000. Who are the best speakers Lee’s seen? “One of the best was Neil Armstrong,” he says. “He was one of the most extraordinary people I’ve ever met, yet so extraordinarily humble, with an apparent lack of troublesome ego. In marked contrast to people who’ve done one or two appearances on Mock The Week and think that thereafter they should be treated as some sort of deity. I bought Armstrong over for a gig and I spoke to him on the phone. I said we’d have a limo waiting for him. And he interrupted me and said, ‘Jeremy, I’m a grown up. I’ll get a cab.’ Of course he can get a cab, because it isn’t actually very difficult.”

In today’s media culture, public speaking is more present than ever, especially in politics, with party leaders battling it out in The X Factor-style TV debates. If they don’t have what it takes to convey strength, confidence and charisma, they’re in trouble. Training, though, can’t take everybody all the way says JLA’s Jeremy Lee. “You can make yourself quite good. But you can’t make yourself brilliant. There are certain things that can’t be taught.” Natural likeability, for instance? “Yeah. All those kind of things. But, you can learn tricks. The key thing is to give them the impression that you’re there to pay for your new kitchen. If anybody gives that impression then why should the audience give a toss about you?”